New Research on Chronic Back Pain 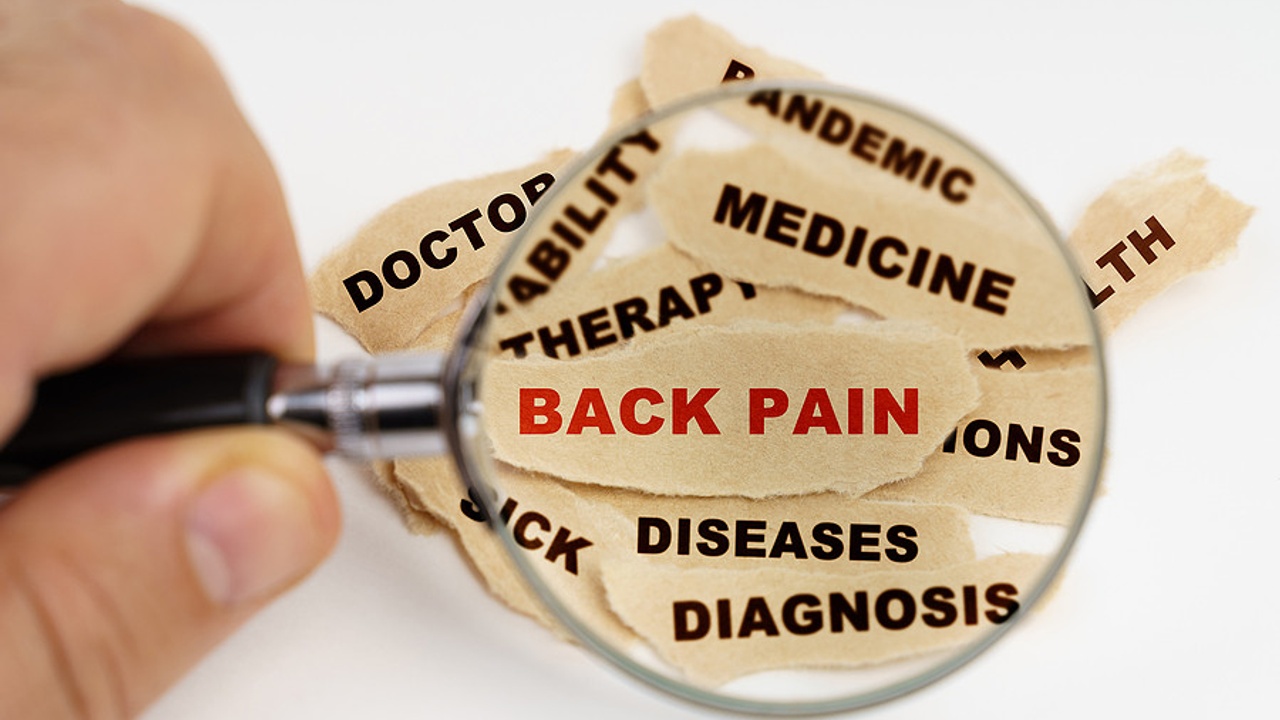 Millions of Americans suffer from chronic back pain (CBP). However, the majority of those with CBP—85%, in fact—have not been diagnosed with a definitive structural cause for their pain. Instead, changes in the central nervous system, including the brain, are causing the pain. This type of pain is referred to as nociplastic pain. This is pain that’s created in the brain, independent of tissue damage. Refer to my blog: Your Brain Interprets Your Pain for a deeper dive on the brain’s role in pain generation.

Treatment for nociplastic pain includes behavioral and psychological interventions, as provided in Pain Reprocessing Therapy (PRT), a primary focus of a two-year-long study conducted in 2017-2019. Researchers of this study presume that the following factors contribute to CBP:

Before I go into the details of the study, I want to address the question that may be rolling around in your head right now: pain is not due to a structural problem or tissue damage? Many of us have been told that our back pain is due to one of the following issues: a bulging or herniated disc or discs, lumbar stenosis, arthritis, spondylolysis, or other conditions. See the table below for further information. 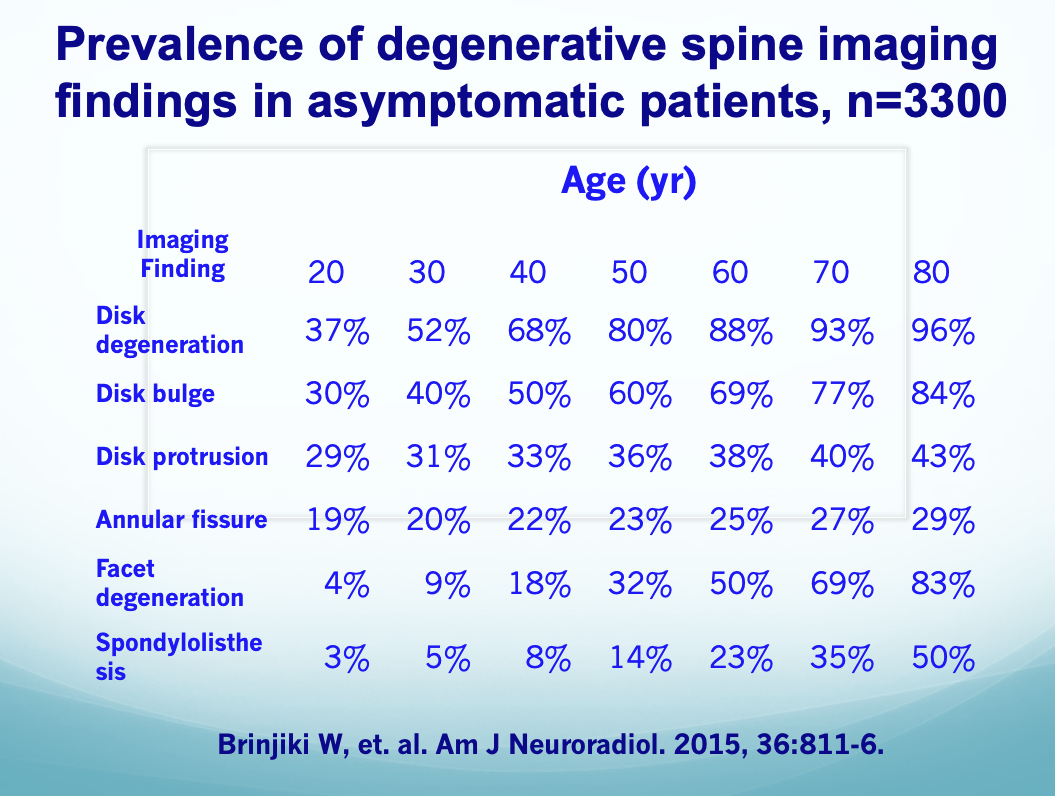 The people that this data focuses on are NOT in pain. Hence, what you should take away from this information is that many, many people have abnormalities in their spine, yet they are not in pain. Actually, having “something” show up on a scan of your back is normal, expected even! And, it becomes increasingly more common as you age. I’ve heard these changes referred to as “wrinkles on the spine.” Now, wrinkles don’t cause physical pain, right? But our thoughts about them may cause emotional or mental anguish. Similarly, the way we think about our pain and behave towards it may have the power to impact it. Let’s get back to the recent study that looked at just this issue.

The study: Effect of Pain Reprocessing Therapy vs Placebo and Usual Care for Patients with Chronic Back Pain

I will be condensing the study information to focus on the highlights. If you want to read the full document, you can find it here: https://www.ncbi.nlm.nih.gov/pmc/articles/PMC8482298/.

There were 151 participants in the study who were randomized into three groups of approximately 50 participants. Each group was nearly equally divided between men and women. The participants’ characteristics included having low to moderate pain on most days. The mean pain intensity was 4.1 on a scale to 10. And the mean duration of pain was 10 years. The three randomized groups included the following:

Clearly, these results are encouraging for PRT as a treatment for CBP. Before I go into that, though, I want to draw your attention to the findings for the placebo group. Ten of the 51 people in this group got better, despite knowing they were receiving a fake injection. Lissa Rankin, MD, whom I have written about in a previous blog, has studied the placebo effect and tells miraculous stories of recovery in her book Mind Over Medicine. What was the common thread in the recovery stories she wrote about? Hope. In other words, if people believed something was going to help, it often did. This is the power of our brain.

Likewise, lead study researcher Yoni K. Ashar, PhD., suggested that the injection-administering physician’s hope and support could partially explain the results seen in the placebo group. Upon giving the shot, the physician reassured the participant that she thought the shot would help. Dr. Ashar also believed that ritual may play a part in the participant’s recovery. He described the ritual of going to the doctor’s office, having an exam performed, changing into a gown, and even getting the injection itself. You can hear Dr. Ashar discuss these results and learn more about the study in a Like Mind Like Body podcast.

How PRT Reduced Chronic Back Pain

The components of PRT that seemed most helpful to the participant’s improvements were the following:

Research is expanding our understanding of the causes of chronic pain. The idea that chronic pain is due to tissue damage is being challenged and shown to be incorrect in many cases. New treatments such as PRT are showing excellent promise in helping people overcome chronic pain. It will still take a while for this new approach to gain traction and spread throughout the medical community. However, I find it very exciting! What if you could heal your pain by learning more about it and changing your beliefs and behaviors? No side effects with that prescription!

In an effort to educate you about this new science and treatment approach, I will be offering my Pain Free Body group coaching program again starting March 1, 2022. Please check out the website for details and to sign up.