Athletic Toughness at the Tokyo Olympics 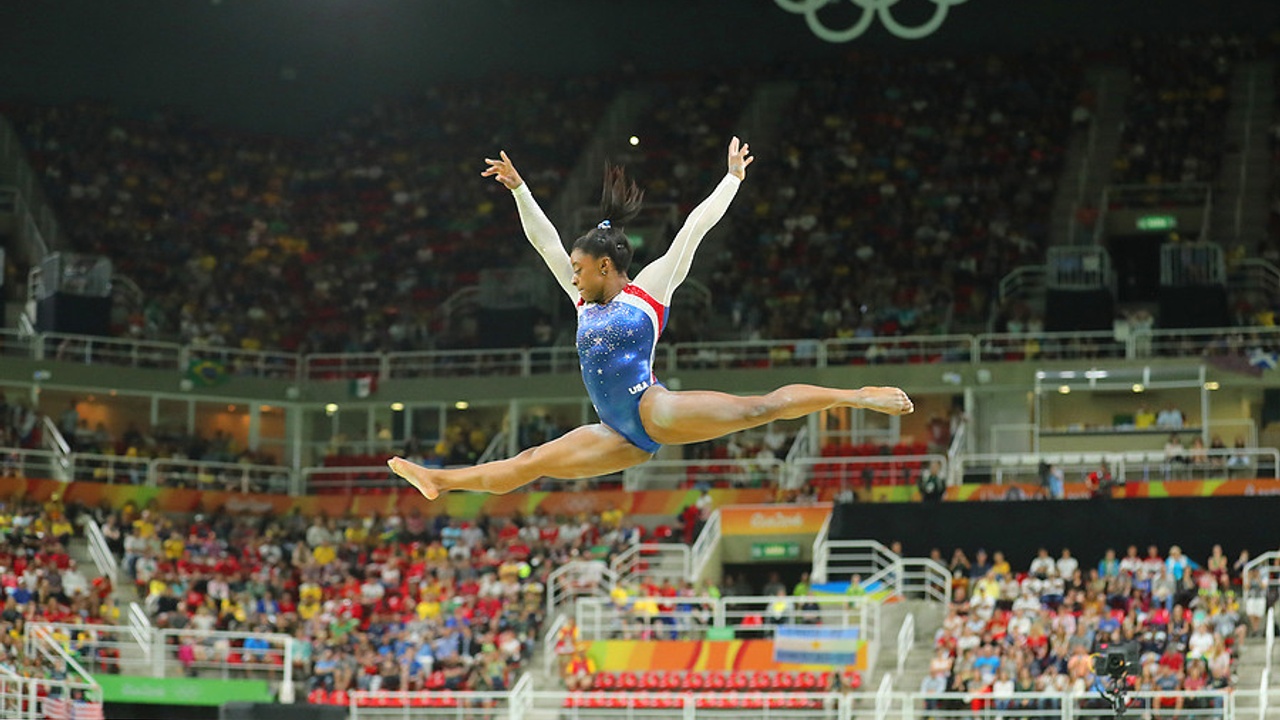 American artistic gymnast Simone Biles displayed athletic toughness last week at the 2020 Tokyo Olympic games. Biles, a four-time Olympic gold medalist at Rio de Janeiro in 2016, chose not to compete in multiple events during the games due to mental concerns.

Ok. I get it. When you read this, you may be wondering what I mean by athletic toughness. In short, I define athletic toughness as this: having the integrity to listen to your body, make self-respecting choices, and think beyond today’s game. For more explanation on this subject, please read my blog: What is athletic toughness?

Let me explain. After she departed from the team competition in Tokyo, it was revealed that Biles suffered from what gymnasts refer to as “the twisties.” Essentially “the twisties” are when an athlete gets lost in the air and is unable to locate the ground. Biles described her sensation: “I had no idea where I was in the air … I could have hurt myself.” Often gymnasts experience this issue during a twisting move. Hence, the name. This lapse of focus can have serious consequences. It has actually left other gymnasts paralyzed. Yikes! 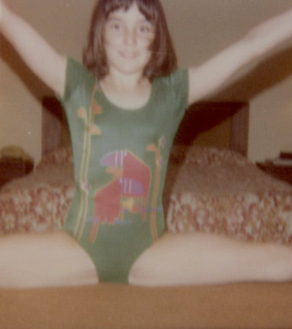 As a former gymnast, I can empathize with her experience. Although not competing anywhere close to her level, I had my own experience with this sensation. My lack of spatial awareness didn’t happen with twisting but rather flipping backwards. Although I had done thousands of backwards flips and twists, I went through a period in my gymnastics career when I just could not get myself to do it. It was a very strange mental block. I vividly remember a competition in which I bailed out on a floor tumbling pass. Fortunately, I wasn’t injured. Instead, I quickly improvised with a split jump in place of my full twisting back flip. Afterward, my coach complimented me for quick thinking, but nothing was ever said or done about my real issue . . .

“The Twisties” and “Yips”

So, what causes “the twisties”? It seems that when an athlete has elevated stress levels, the result is that they have increased conscious control over their movements. Kelli Moran-Miller of Stanford Athletics said it well in her article for Live Science: “An athlete may try to compensate for increased physiological or cognitive stress or a lack of confidence by trying to consciously control movements that were previously automatic.” In an Instagram Post reported by USA Today, Biles described it as “not having your mind & body in sync.” 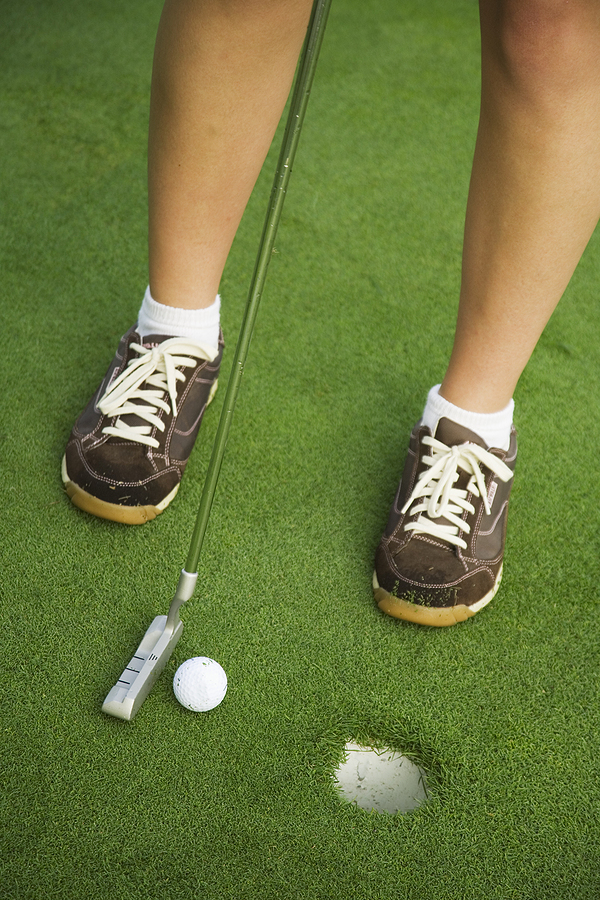 Others have compared “the twisties” to the “yips,” an issue that golfers can experience when they putt. Both terms refer to a loss of muscle memory, or, in other words, a deficiency in the automatic motor patterns in the nervous system. The Live Science article goes into more detail. It describes the stages of skill development that I also covered in a blog: Develop Autonomous Sports Skills to Stay Injury Free. Basically, “the twisties” or “yips” indicates a regression in the skill acquisition process. So, what’s the fix? To revert back to simpler skills in order to gain confidence. This also results in reducing an athlete’s overall stress.

While I watched, I was very happy to see Biles back in the Olympic competition for the last individual event, balance beam. However, that would have been my last personal choice for an event! For her, though, it made sense because she could then eliminate all twisting moves from her routine. Even better than being back in the game, she earned an Olympic bronze medal for her performance. I do have to admit that after she stuck all the moves in her routine, I, like her teammates, had tears in my eyes. We all love a comeback story, don’t we?

The Nature of Athletic Injury

Biles’ mental battle to compete in the 2020 Olympics brought much attention to the pressure these athletes are under. It also challenged our view of injuries. If she had torn a hamstring—something we could all visually see and relate to (physical body damage)—I doubt anyone would have questioned her choice not to compete. The fact that her mental injury could not be seen or touched, combined with our lack of ability to relate (since most of us aren’t former gymnasts) made it much harder to accept. As a result, some people criticized her. And some called her a quitter.

Here’s the bottom line. Biles was practicing injury prevention so that she didn’t harm her body. And I applaud her for that. Not only did she not want to hurt herself, she also didn’t want to jeopardize Team USA’s chances of medaling in the Olympic team competition. While Biles cheered from the sidelines, her teammates went on to win the silver medal.

As Biles has made us all aware, despite the extreme physical demands of gymnastics, the sport is highly mental. And Biles showed us what can happen when the mind isn’t in top form. Just for a moment, consider the state of mind you need to be in just to attempt those moves. Even when the mind and body are one, the fear can be extreme. I believe that most gymnasts are very young, not only because of physical resilience, but also because of naivete. Based on my personal experience, once a gymnast matures, she realizes the consequence of missed landings and falls from the equipment. When this happens, it becomes harder to push yourself to do the risky tricks. Mortality and future quality of life becomes a greater priority.

A Lesson in Compassion

More information is slowly coming out about what Biles was going through during the 2020 Olympics. In interviews after her final performance, she revealed that her aunt unexpectedly died while she was in Tokyo. Additionally, she talked about her previous abuse by a team doctor that may have been a factor in her mental struggles.

Bile’s Olympic story reminds us that we never know what is going on in someone else’s life and the stresses they are under. Before we jump to conclusions and start labeling someone as a quitter or worse, we might take a bigger view of the situation. Then, we might choose to extend compassion instead of negative judgement. Although we might have been selfishly disappointed because we wanted to be entertained and see her complete, it was not within our control. She needed to make the best decision for herself. And that decision was to respect and protect herself by staying on the sidelines.

Want some more good news? She received overwhelming support from some of her fellow athletes. Clearly, this helped her realize that her self-worth is not dependent on the number of medals she wins.

Thanks for being an inspiring example of athletic toughness, Simone Biles!